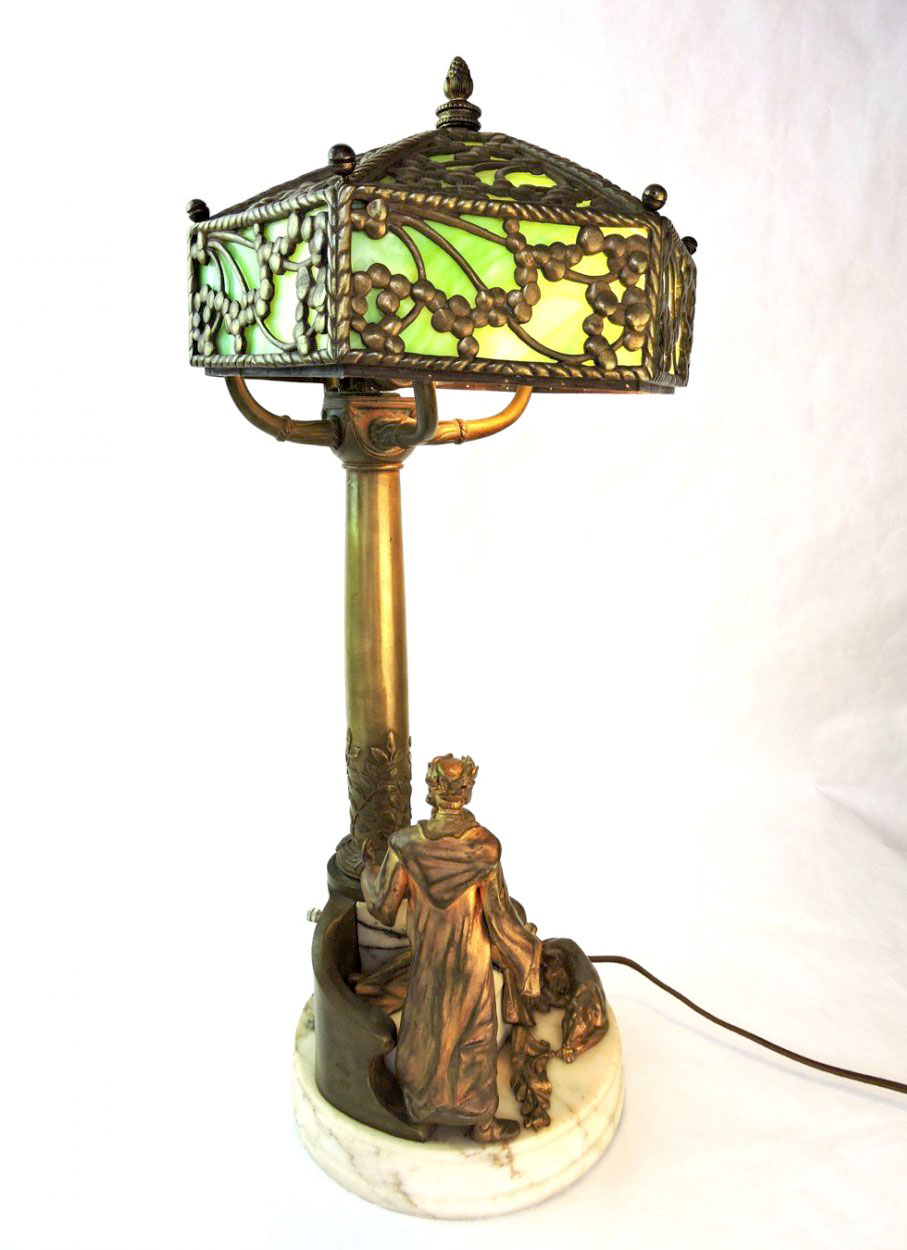 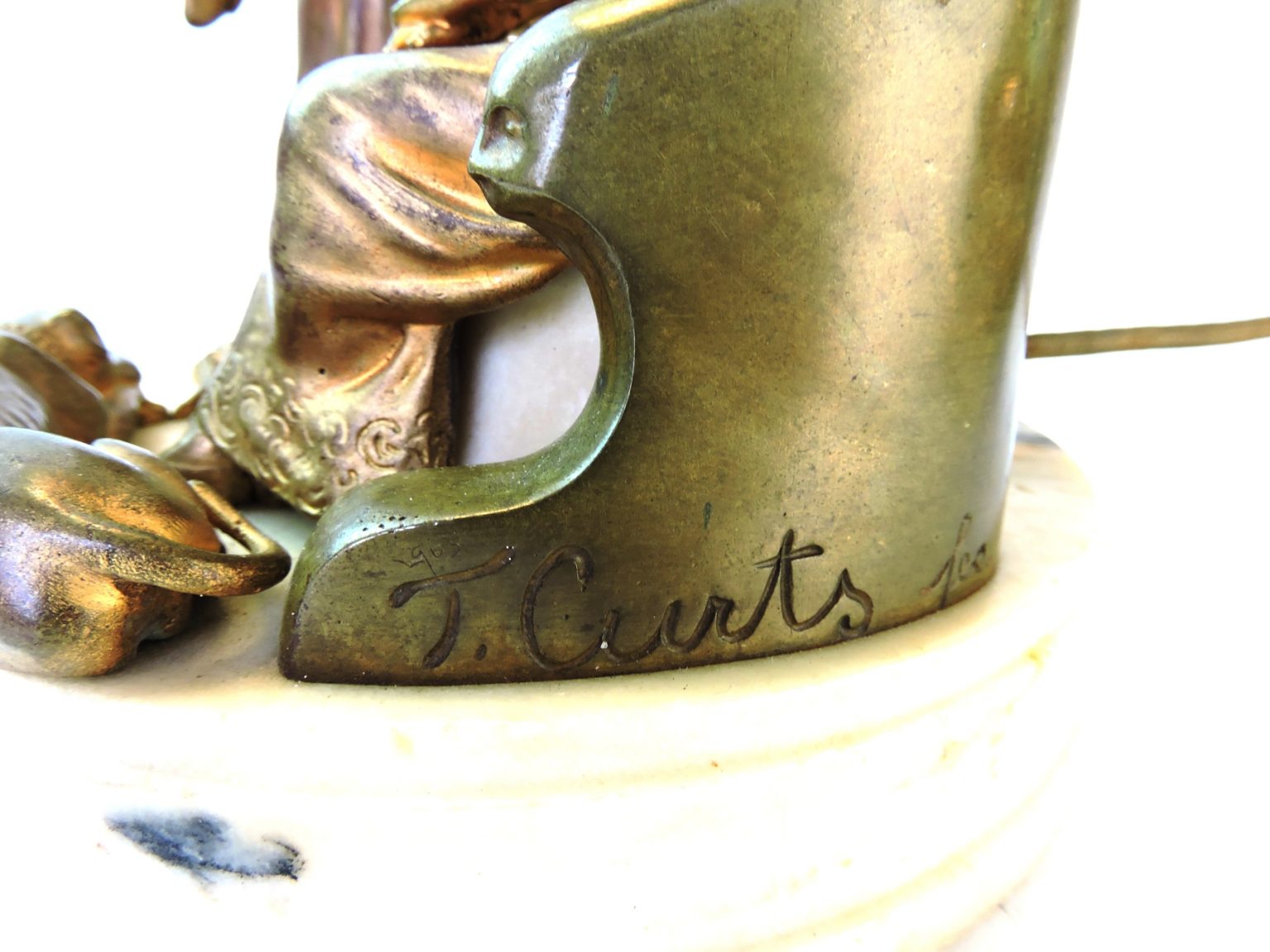 It is electrified and in good working order.  The lamp is approximately 20 inches tall.

Carl Kauba was born on August 13, 1865. He began his studies at the Academy of Fine Arts in Vienna with professor Laufenberg, Carl Waschmann and Stefan Schwartz and in 1886  he spent 2 years in Paris . His western polychrome bronze subjects are highly sought after, although it is highly debatable that he ever visited America. His sculptures appear to have been copied from period photos. (Certain anomalies such as shod horses ridden by American Indians would suggest this.)
Carl Kauba is also noted for his “Naughties”- a collection of mechanical push button sculptures. The rarest and most collectible being the present ” Metamorphosis”
Kauba also worked under the name of T.Curts, and Karl Thenn — quite possibly for copyright reasons in Vienna, as he worked for more than one foundry. Thus it is quite normal to find identical sculptures with any of these signatures.