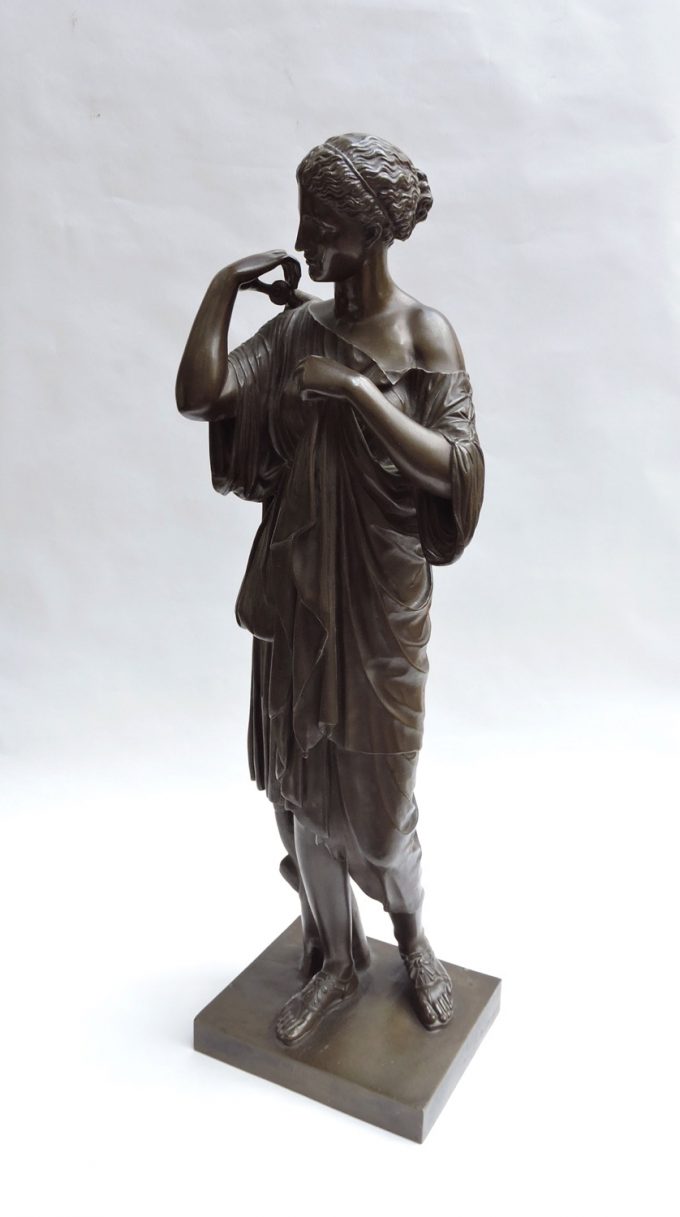 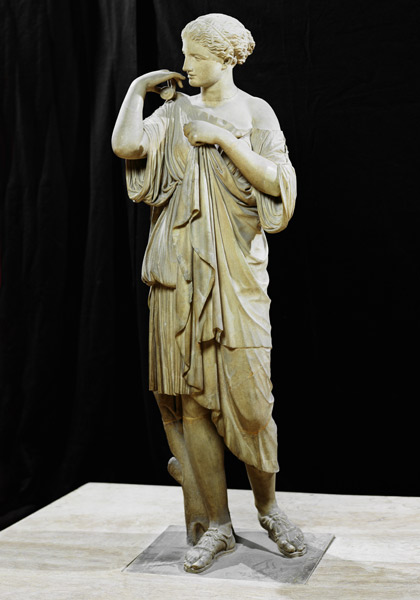 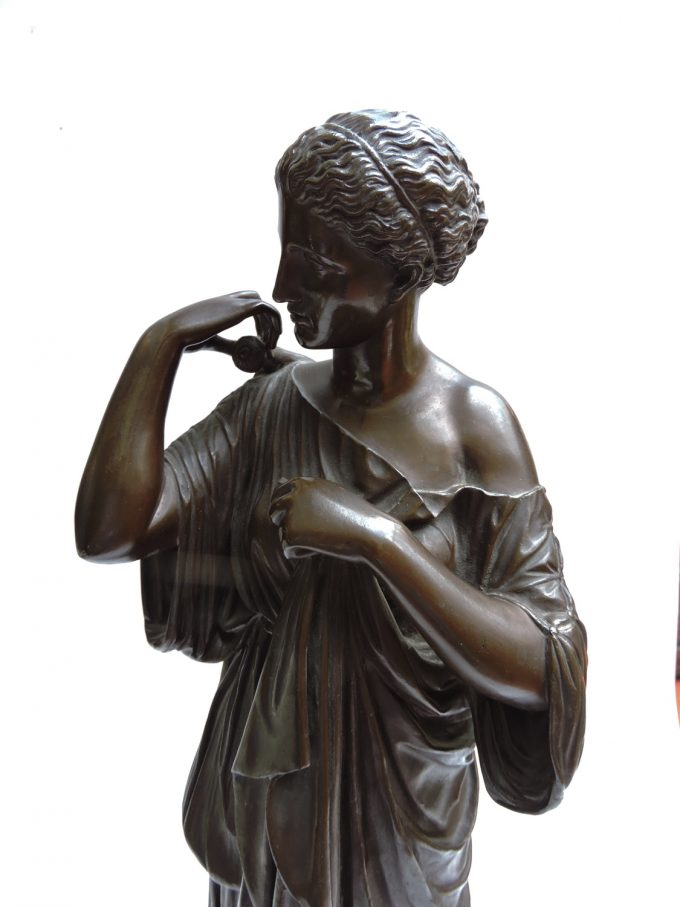 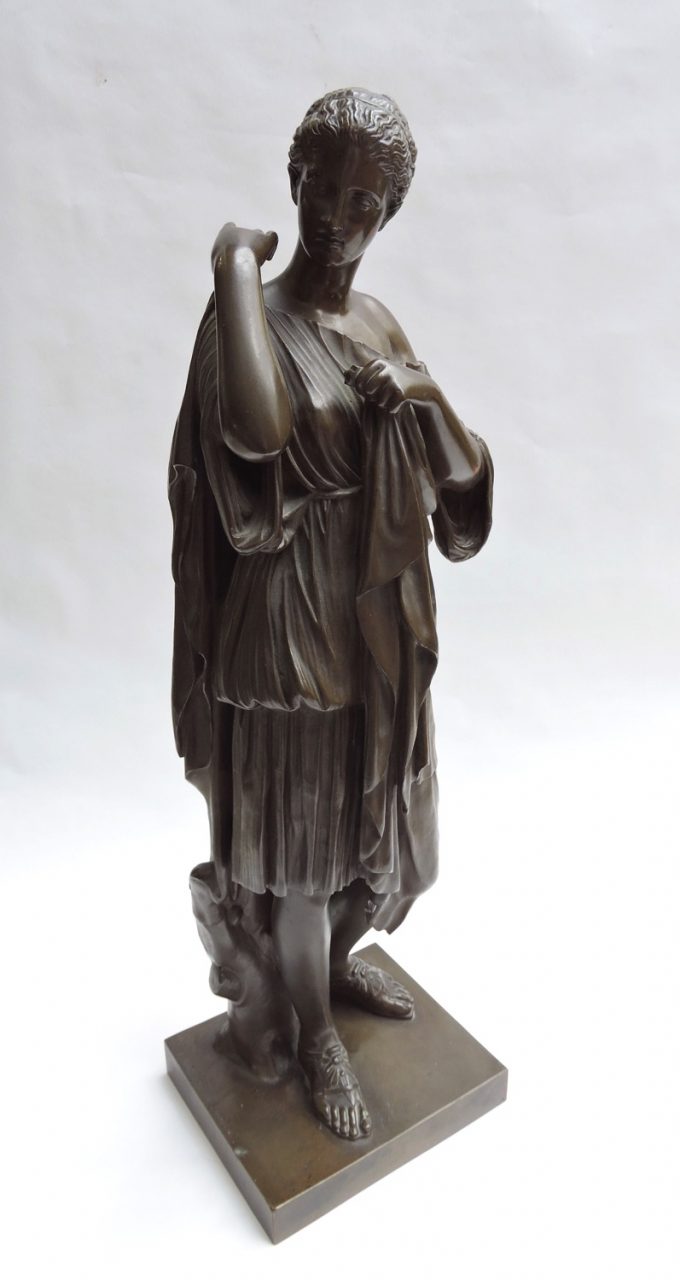 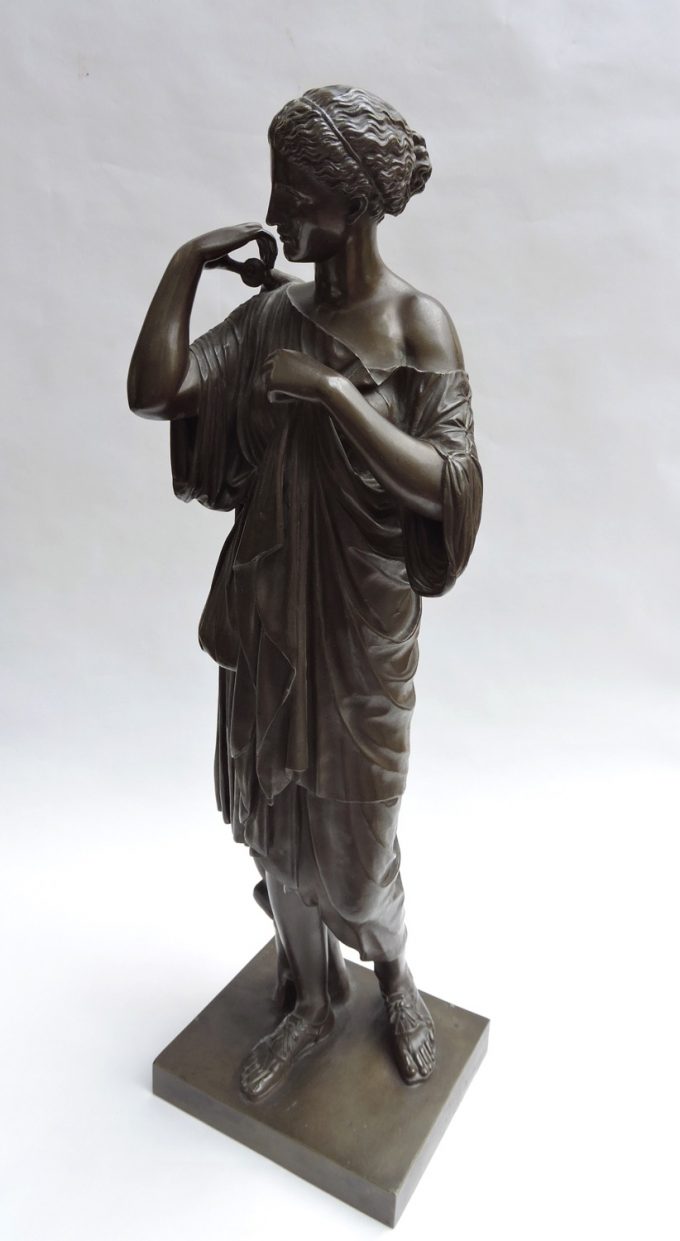 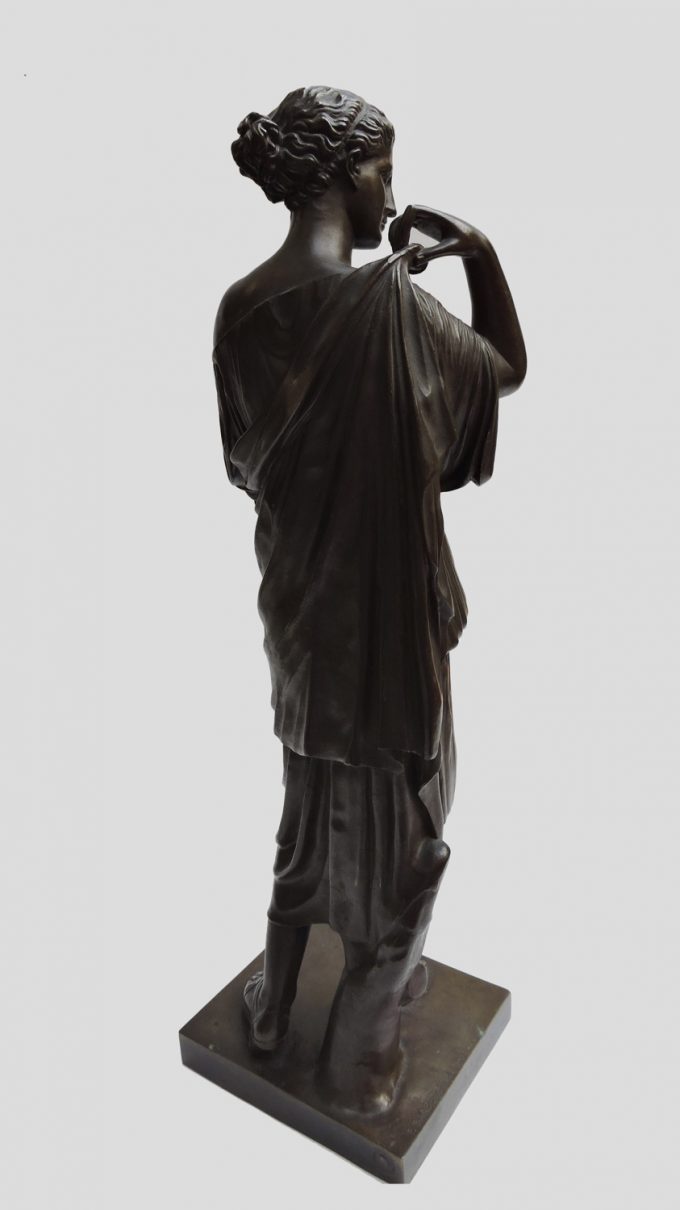 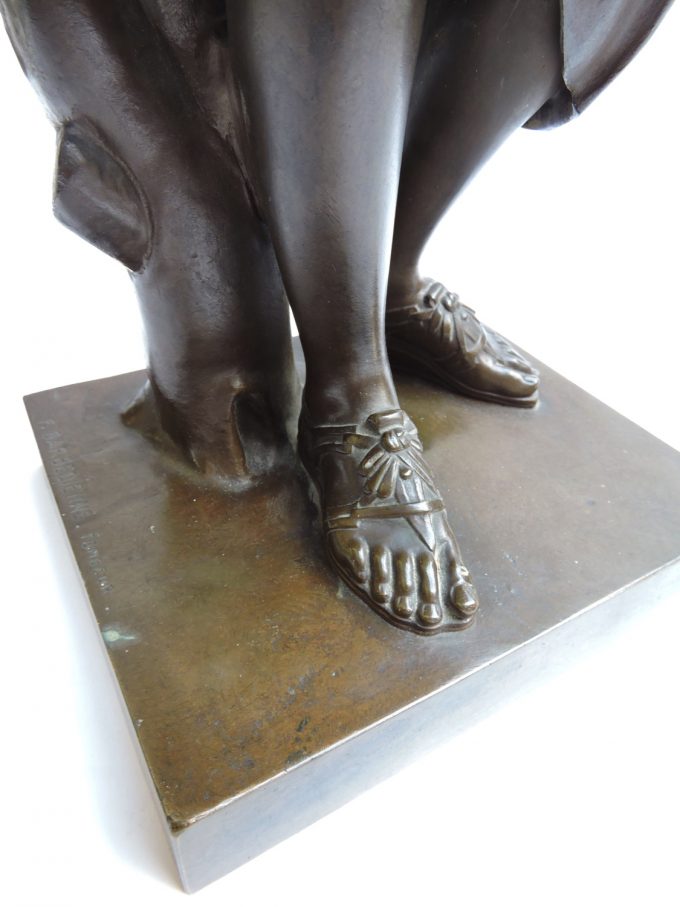 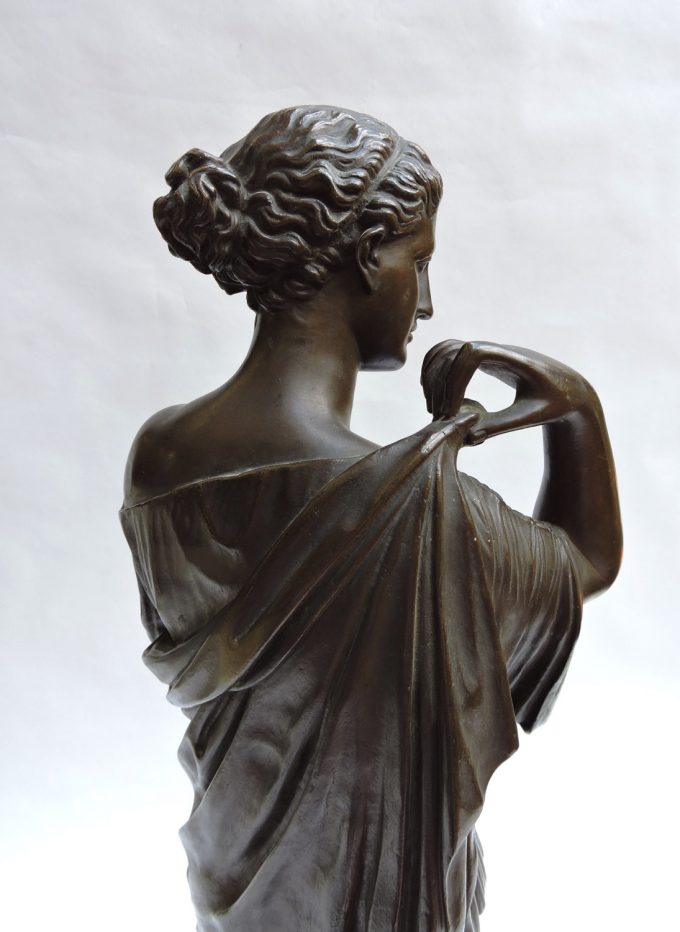 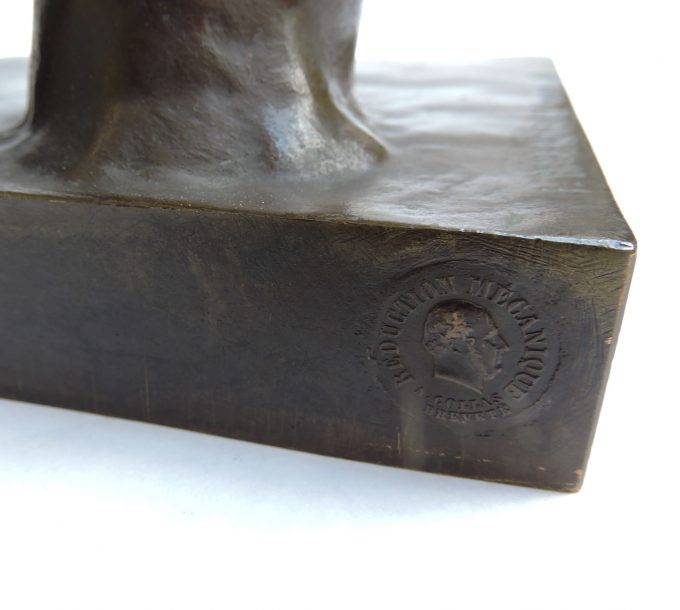 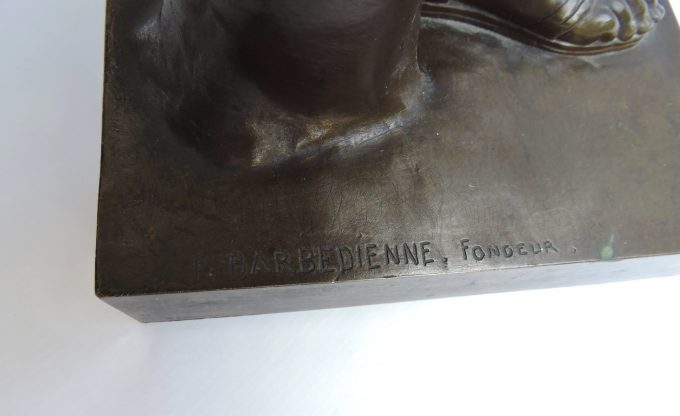 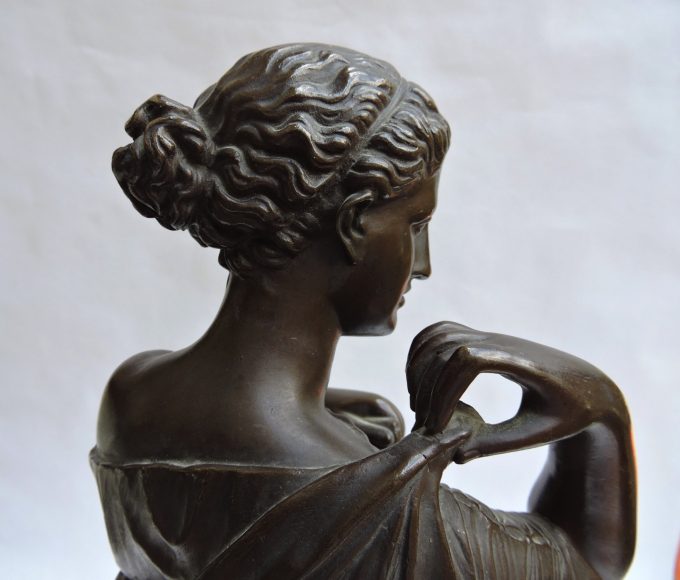 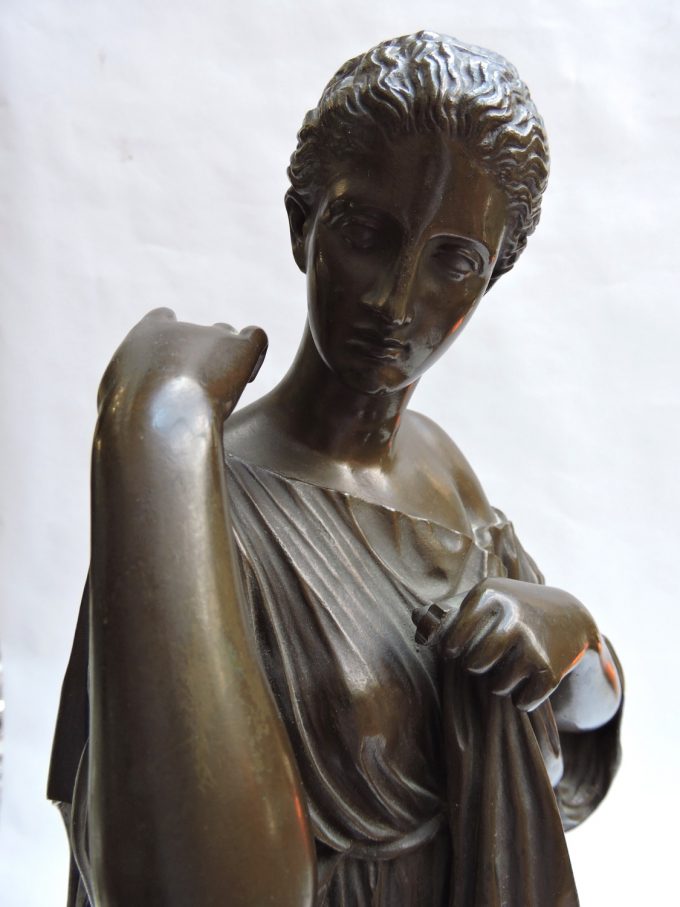 A French, late 19th century beautifully patina’d large bronze figure of a female figure – ‘Diana of Gabii’ – in classical drapery after the sculpture (in marble) that is attributed to Praxiteles.

The Diana of Gabii is a statue of a woman in drapery which probably represents the goddess Artemis and is traditionally attributed to the sculptor Praxiteles. It became part of the Borghese collection and is now conserved in the Louvre with the inventory number Ma 529.

Impressed to base F. Barbedienne Foundeur – and coin founder mark on back corner.