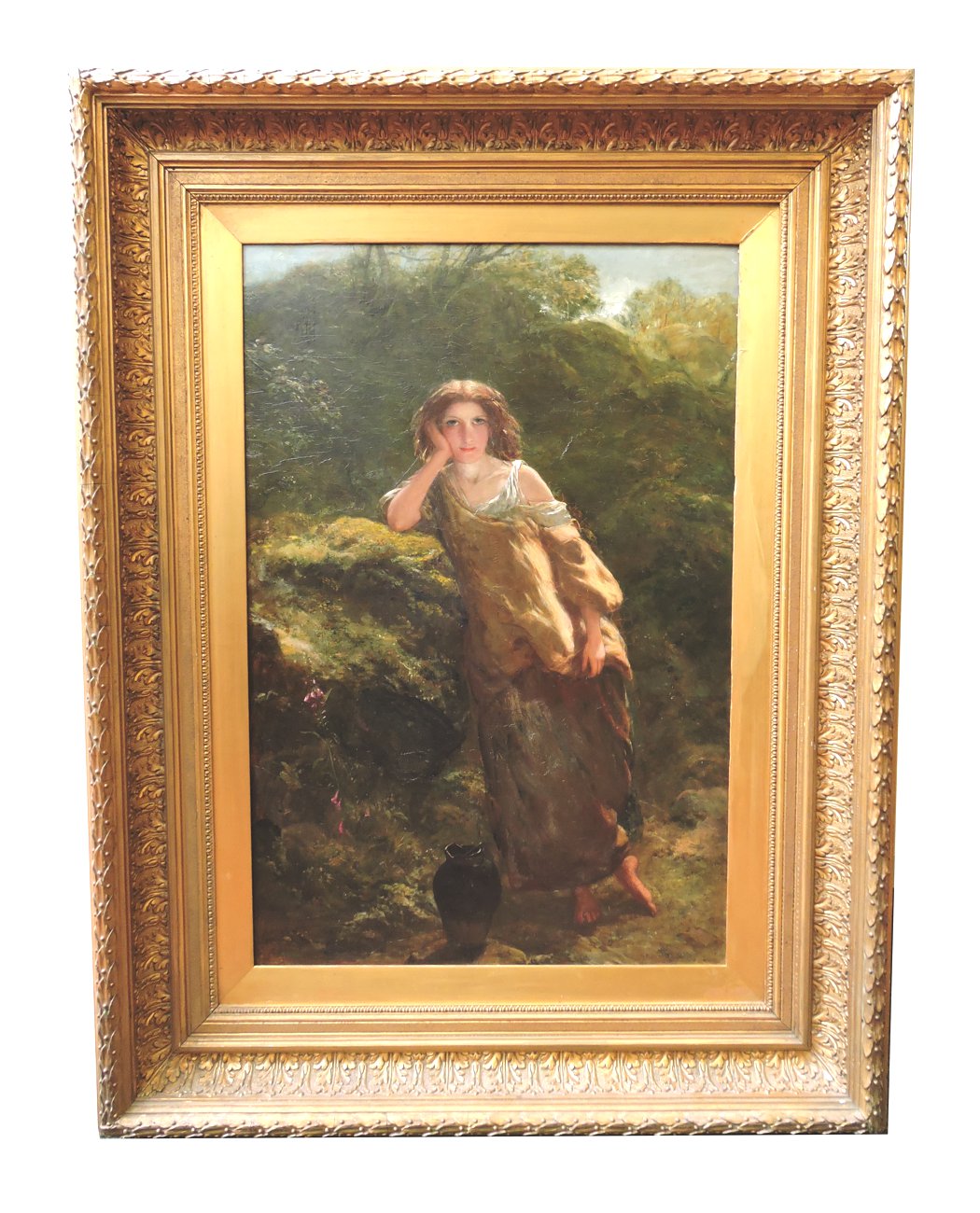 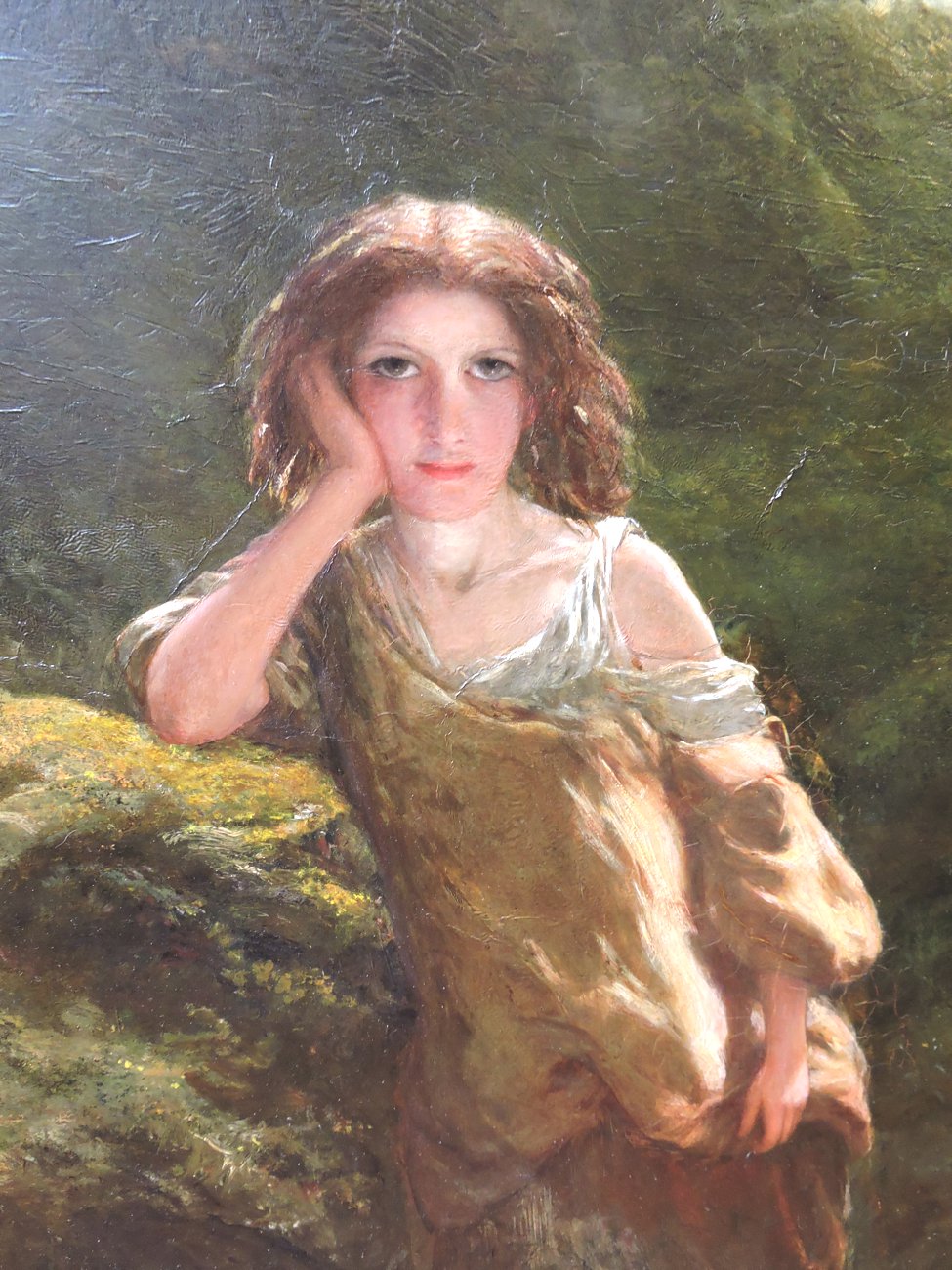 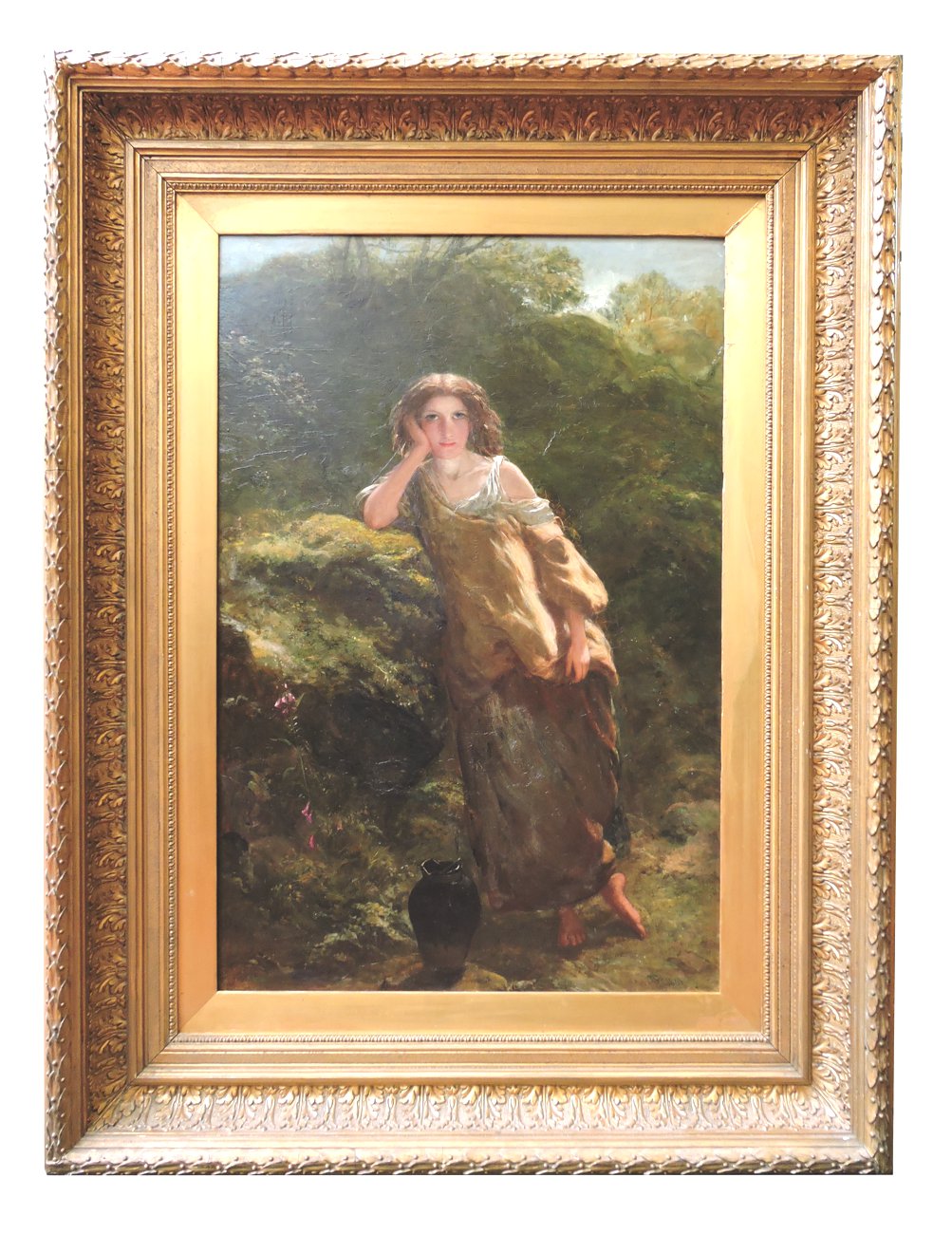 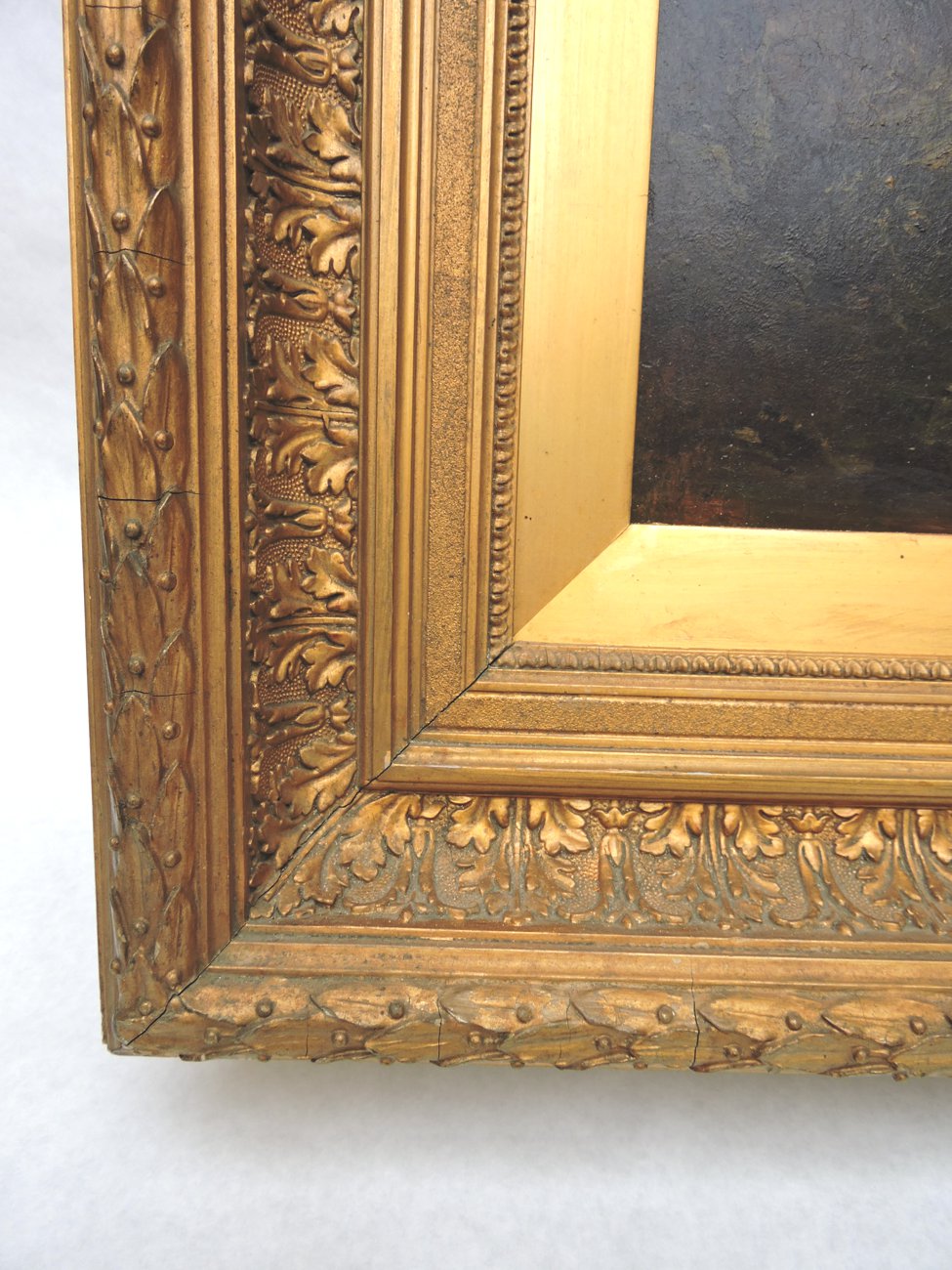 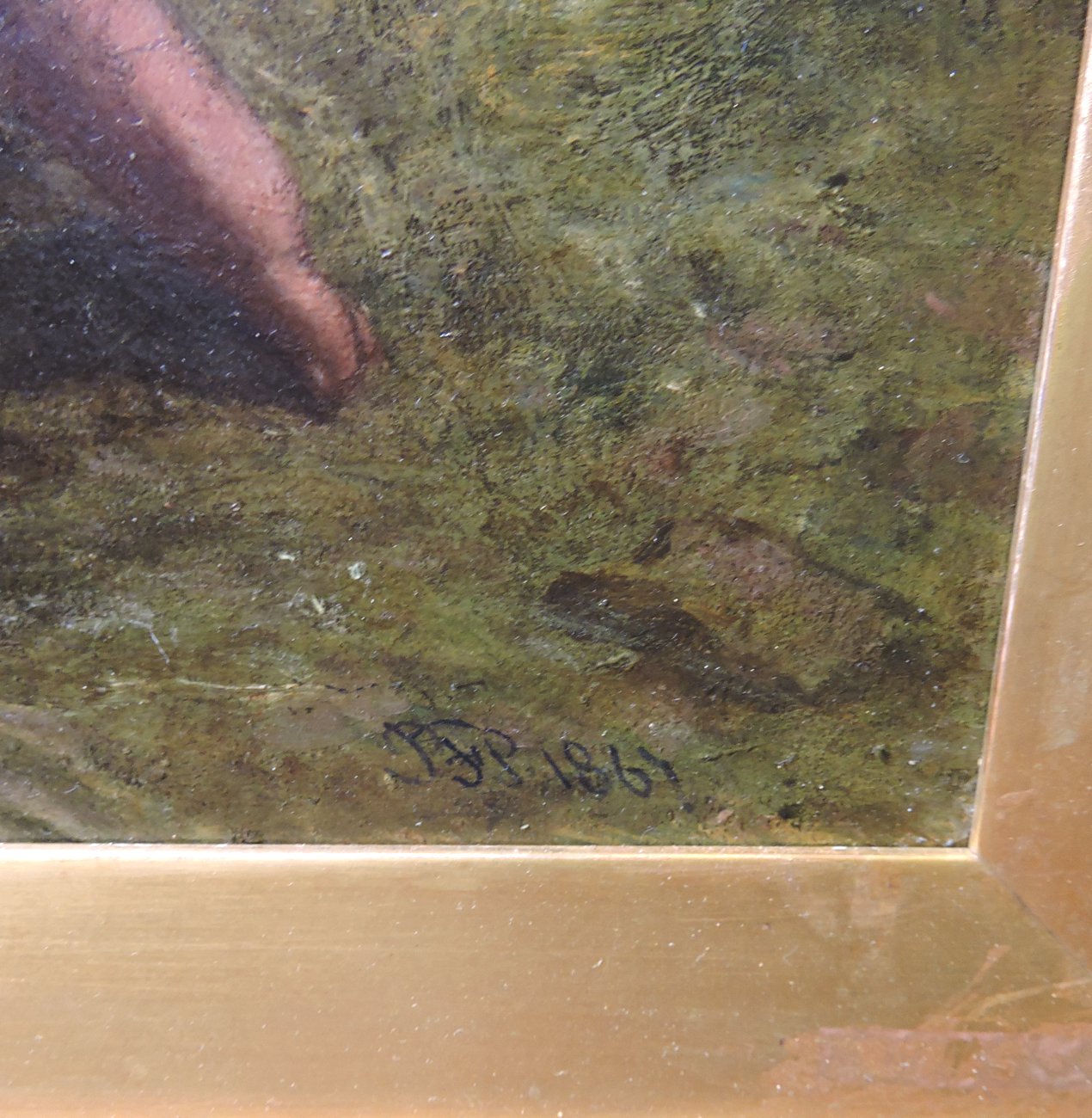 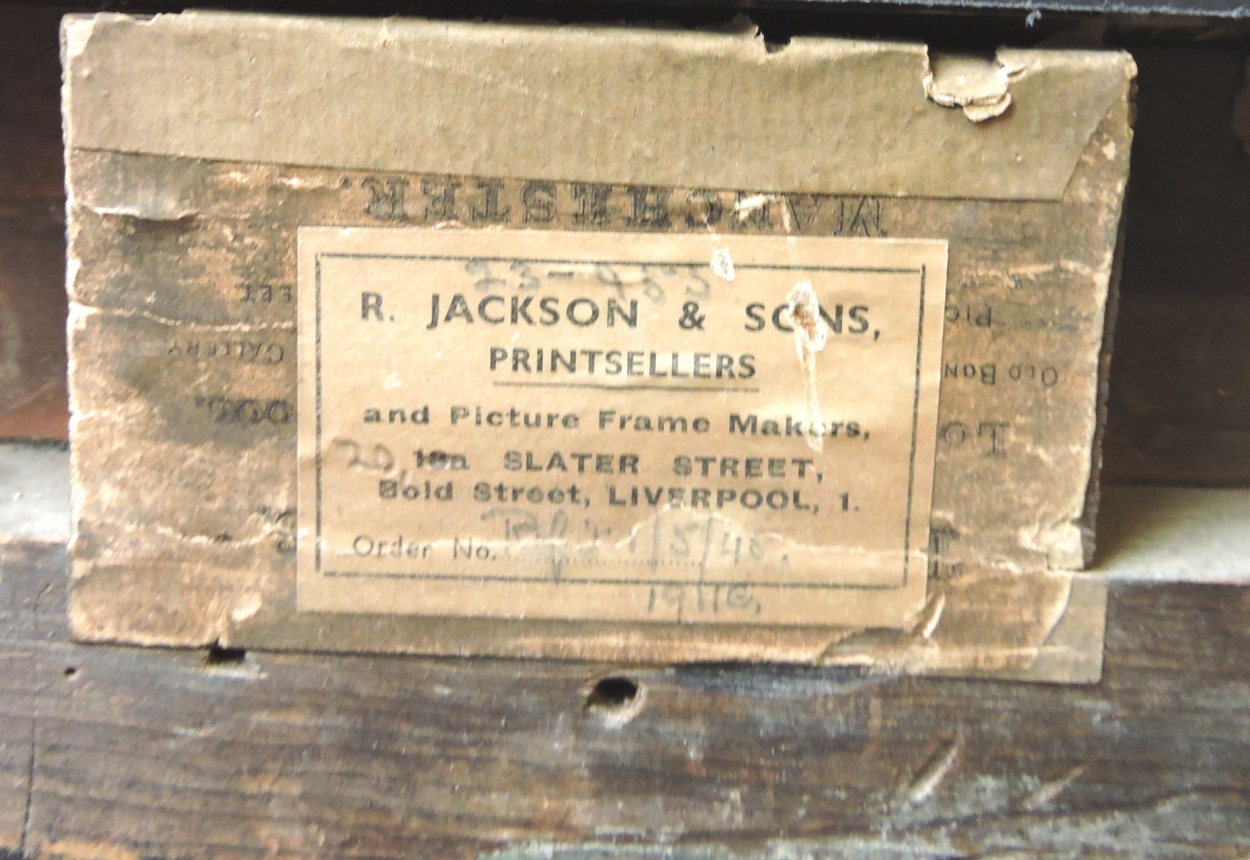 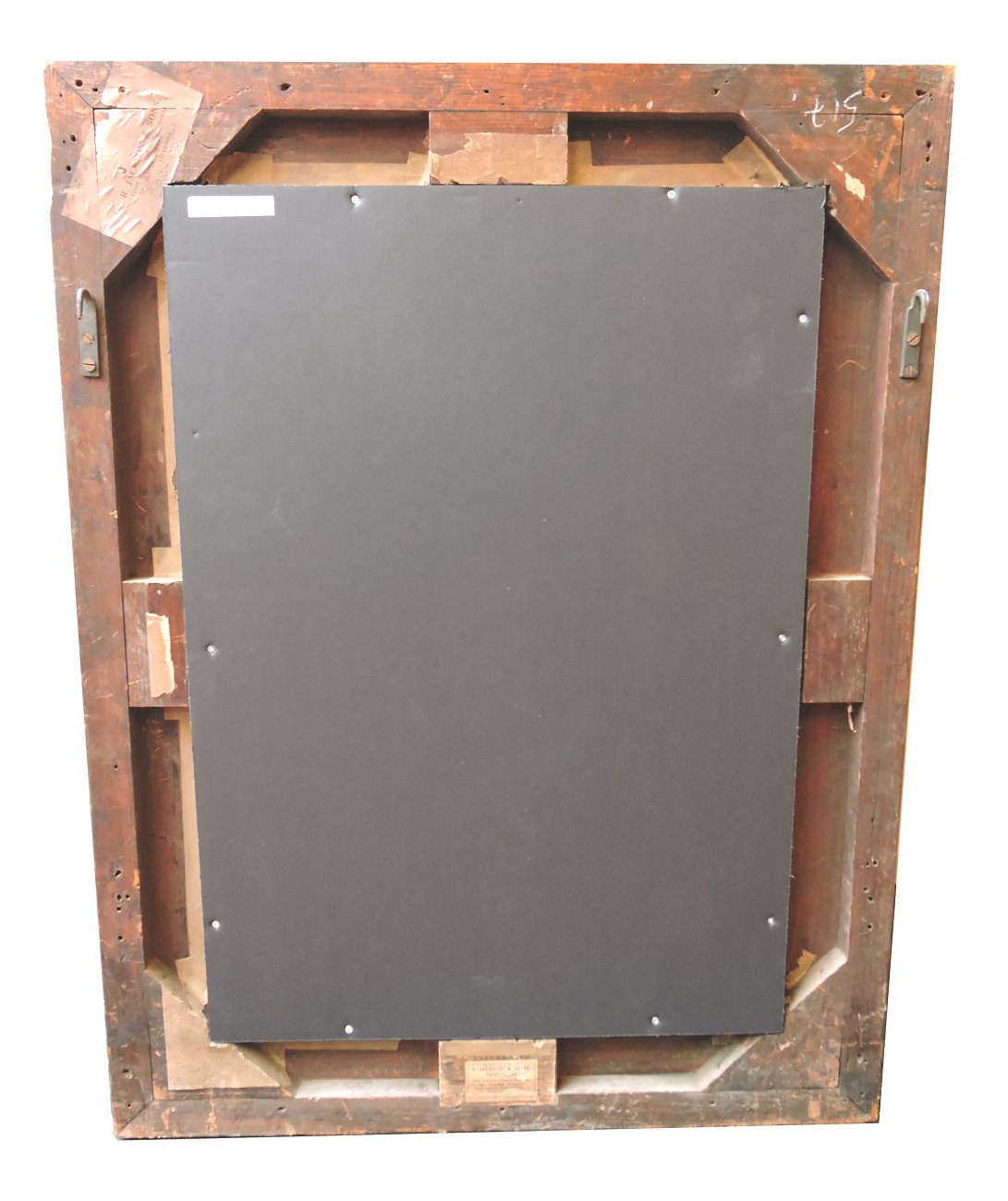 A beautifully painted full body portrait of a woman standing by British artist Paul Falconer Poole.  Paul Falconer Poole was a English subject and genre artist of the 19th century who exhibited his first work at the Royal Academy when he was 25.  Great depth in the foliage behind the woman and lovely facial features.  Framed in a heavy gilt wood and gesso frame with R. Jackson & Sons – Liverpool framer’s label on reverse.

Paul Falconer Poole was largely a self-taught artist, born in Bristol, the son of a coal merchant. He exhibited his first drawings and paintings in Bristol, but in 1829, after an inspirational trip to Italy, moved to London and the following year showed his first work The Well: a Scene at Naples at the Royal Academy. In London he found success in painting dramatic historical scenes, and in 1846 his large canvas Visitation and Surrender of Syon Nunnery (now in Bristol City Museum & Art Gallery) led to his election as an associate of the Royal Academy.