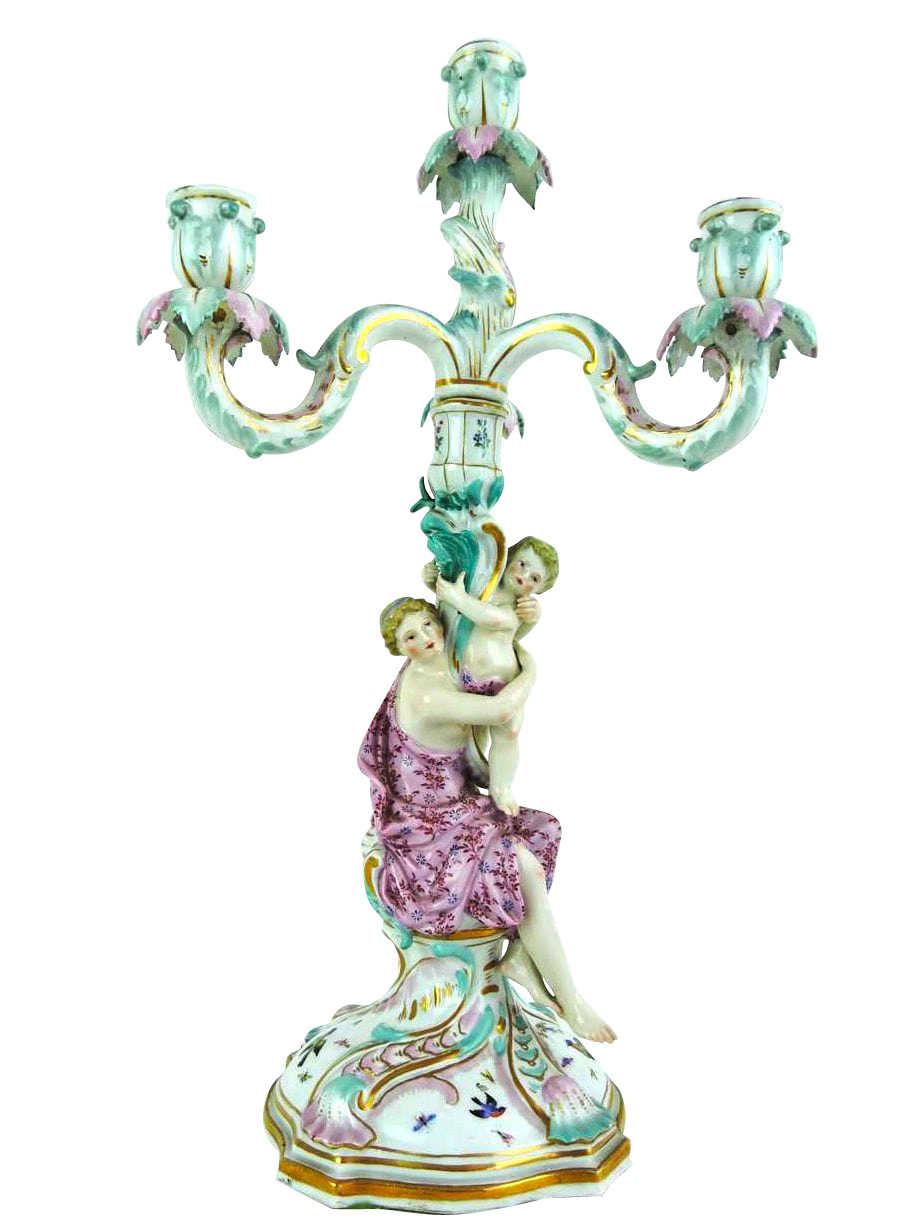 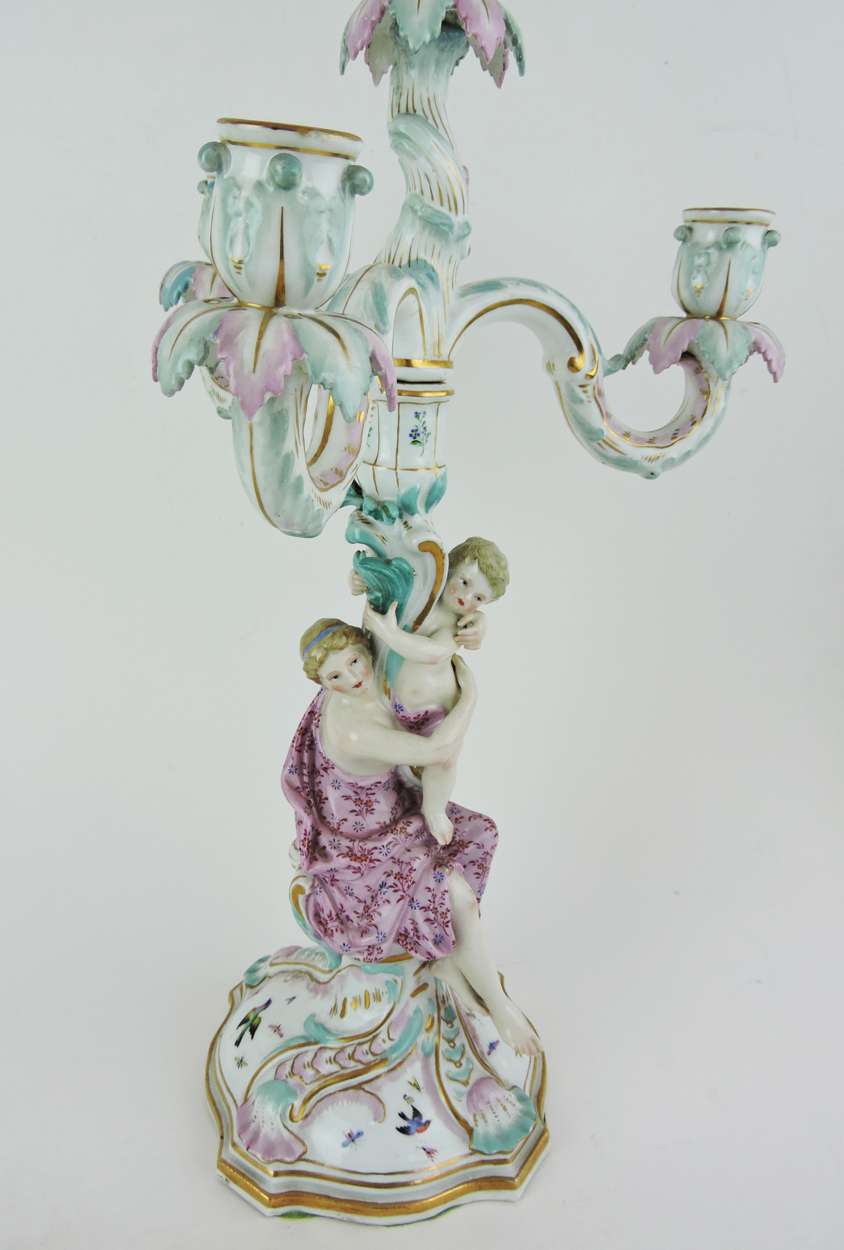 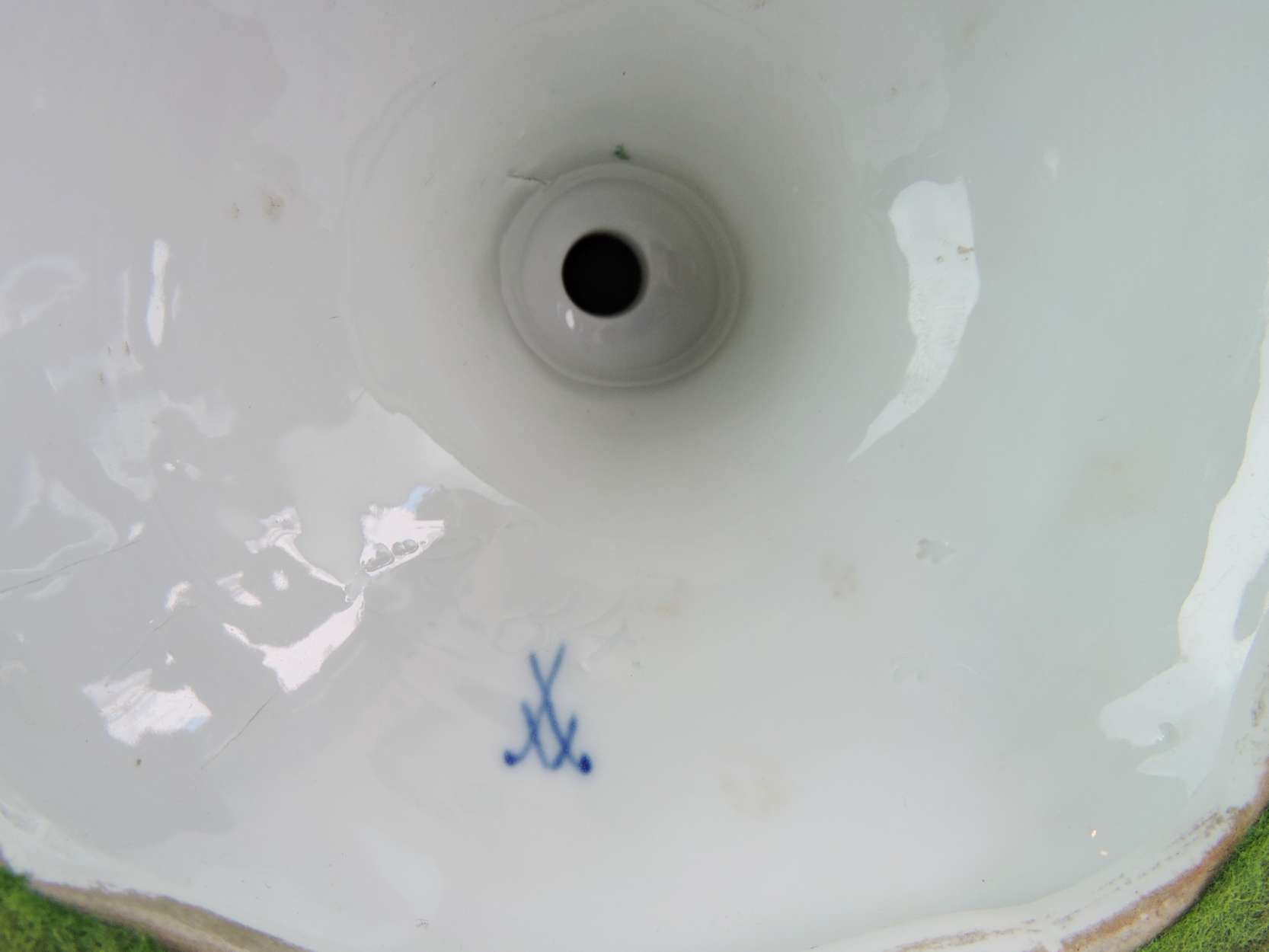 A large porcelain candelabra by Meissen with a maiden and child figure, it dates late 19th century Germany. The candelabra is decorated with patterns of flower, leaf and scroll, it has 3 candle holders and is beautifully hand-painted with colours of pink,violet, teal, peach, yellow and gold on white porcelain. There are two figures in the centre of the body dressed in violet robes, the details are quite fine and uncanny to possible characters from Greek and Roman myths, perhaps depicting a mother and child portrayal.

A delightful candelabra by Meissen, the object was once used an everyday object for entertaining at the time.

Marked: with Meissen crossed swords mark in blue on the bottom.