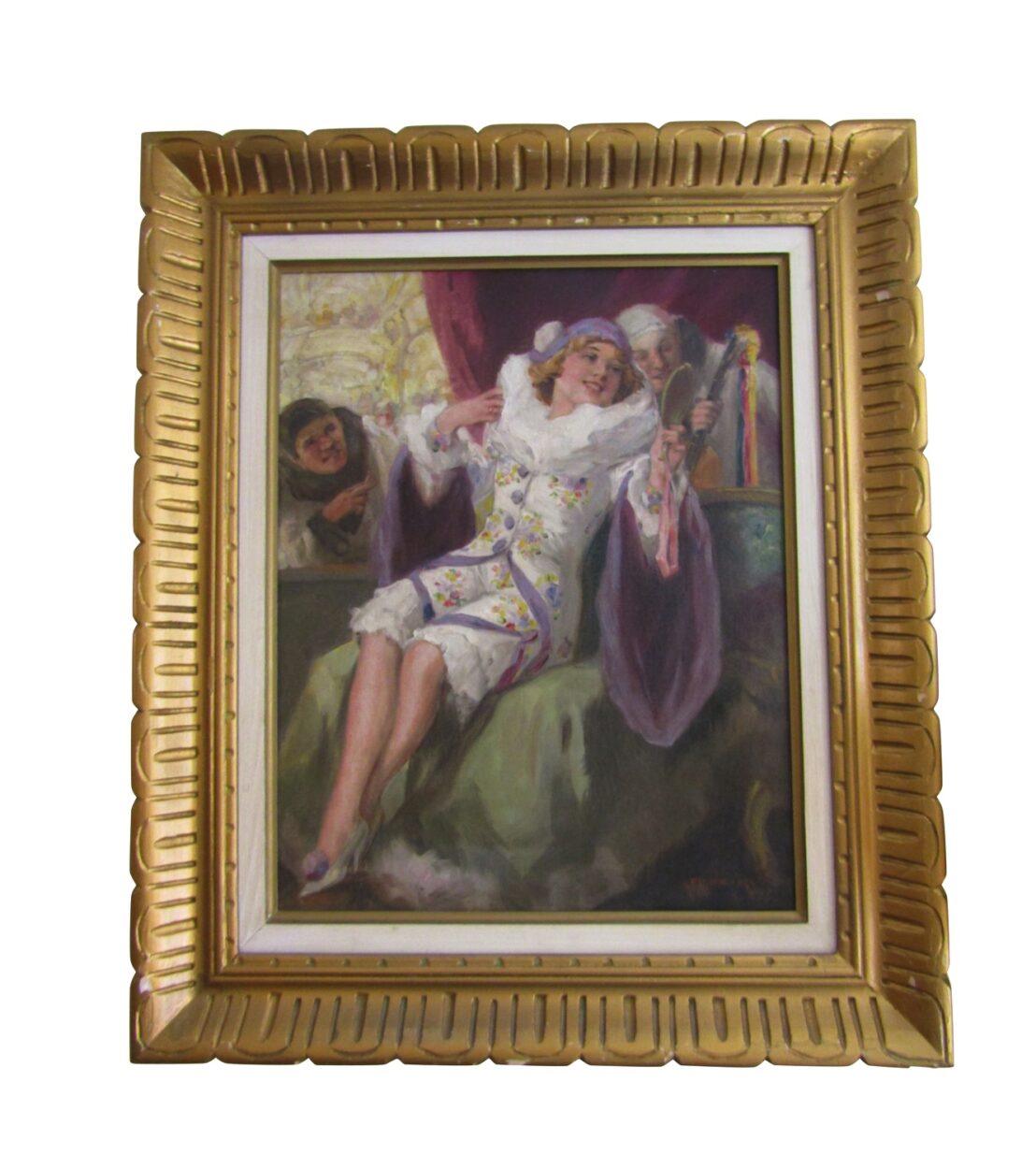 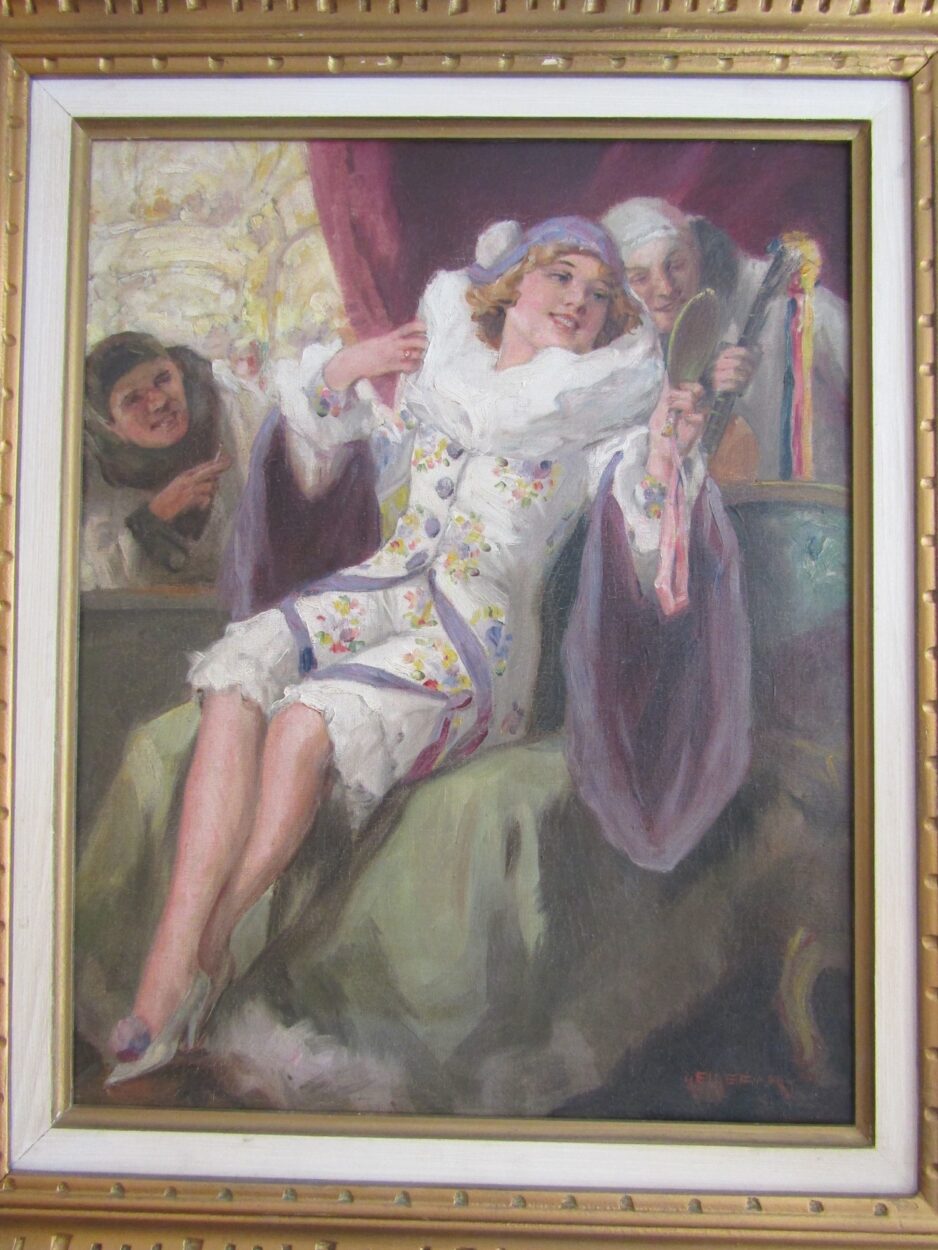 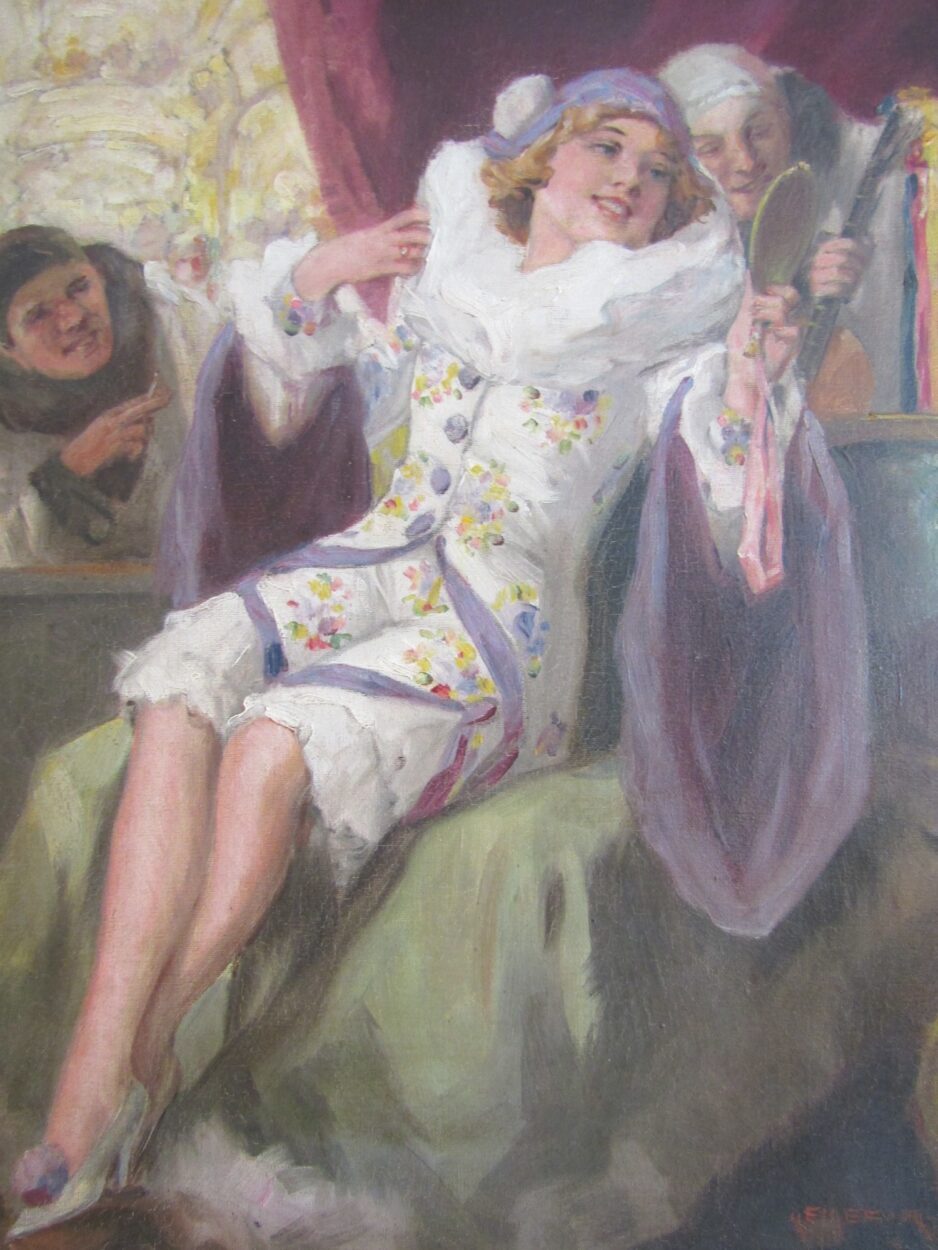 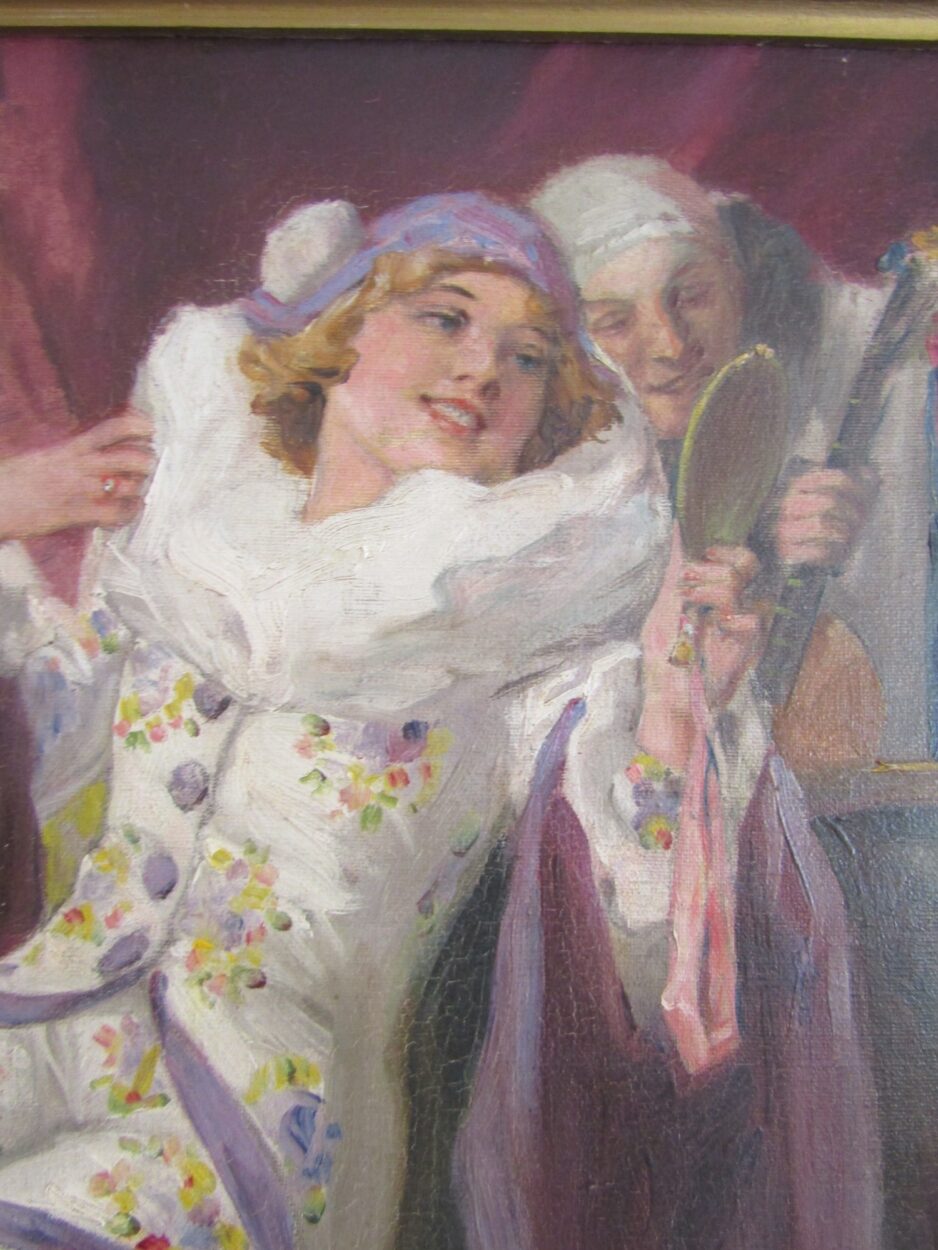 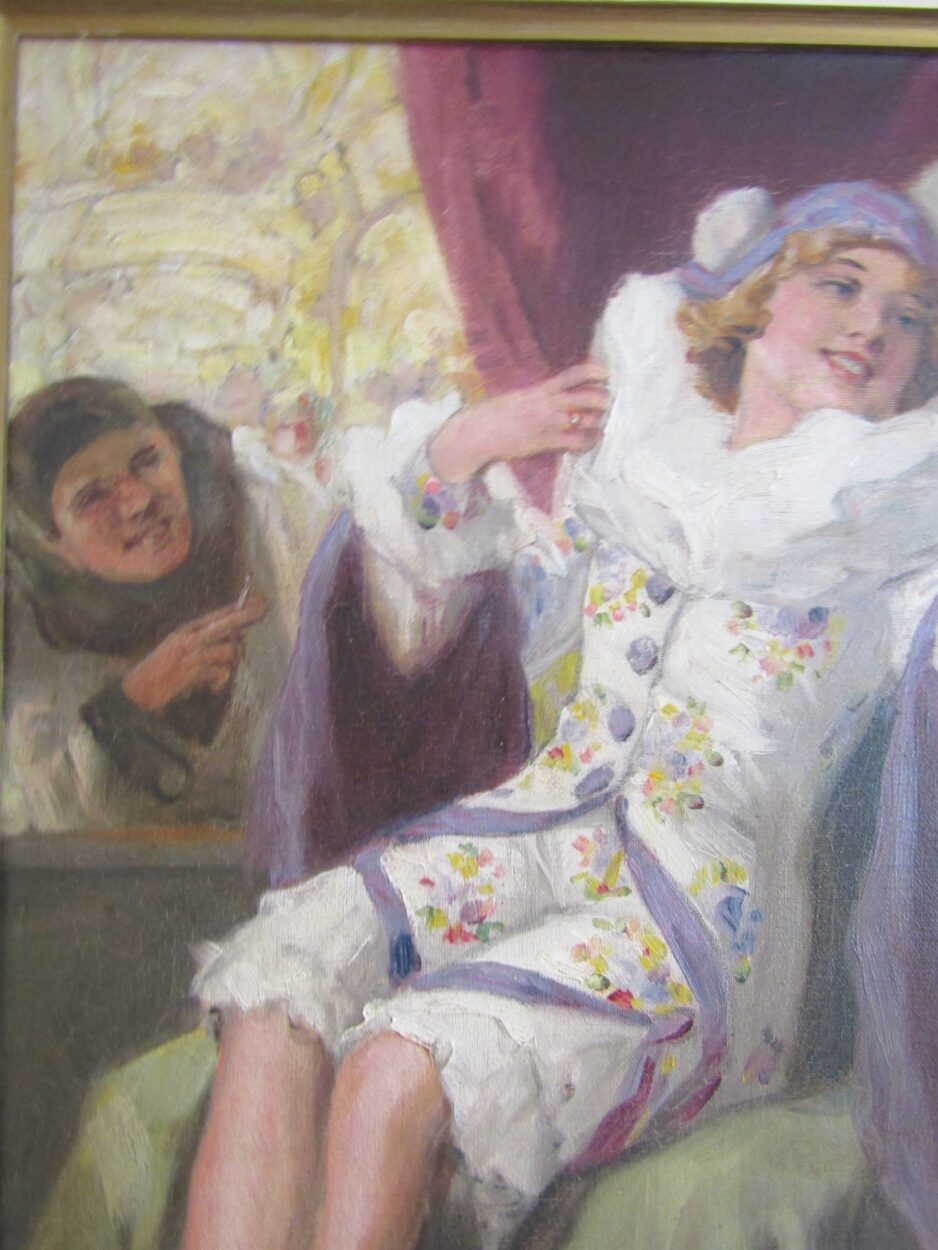 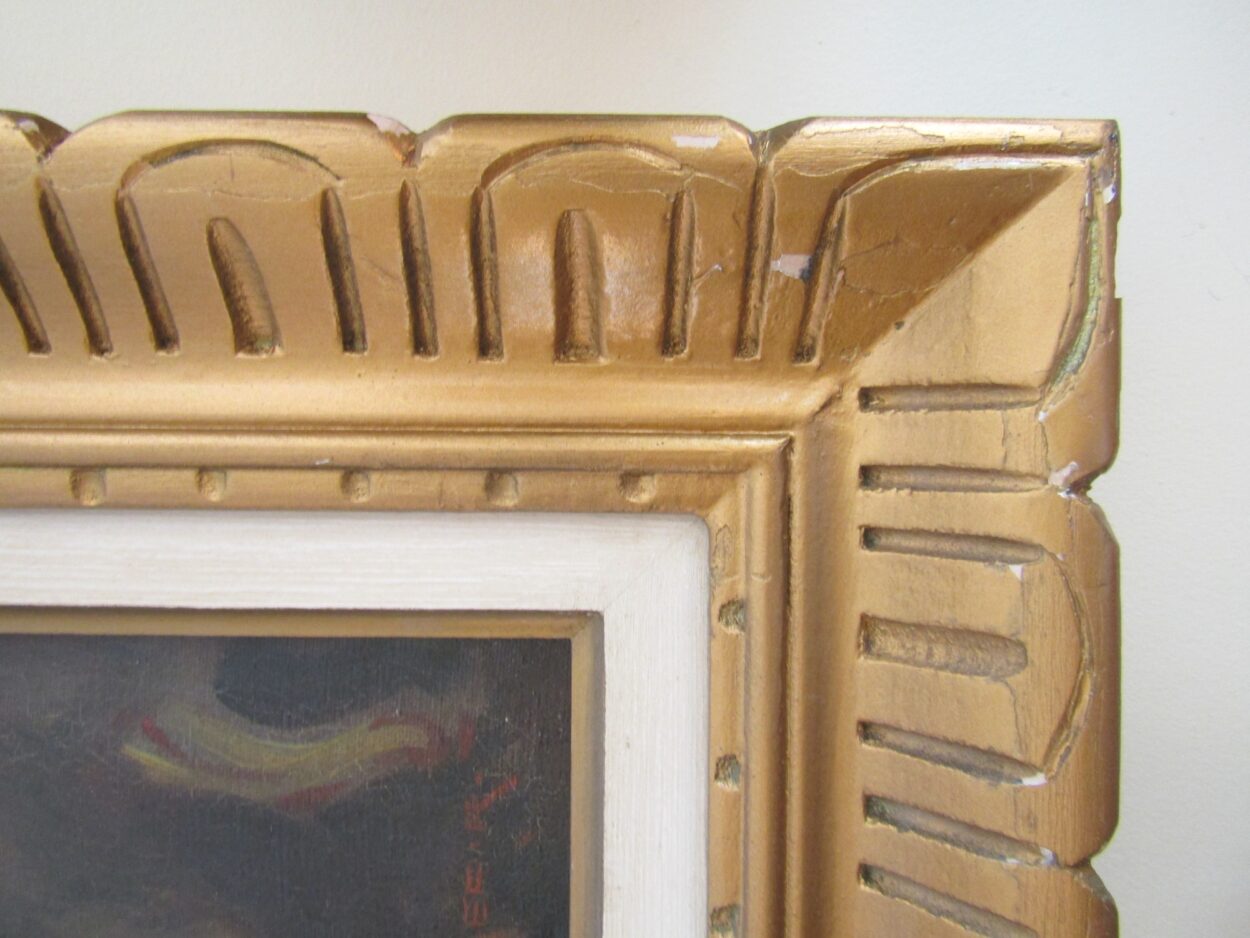 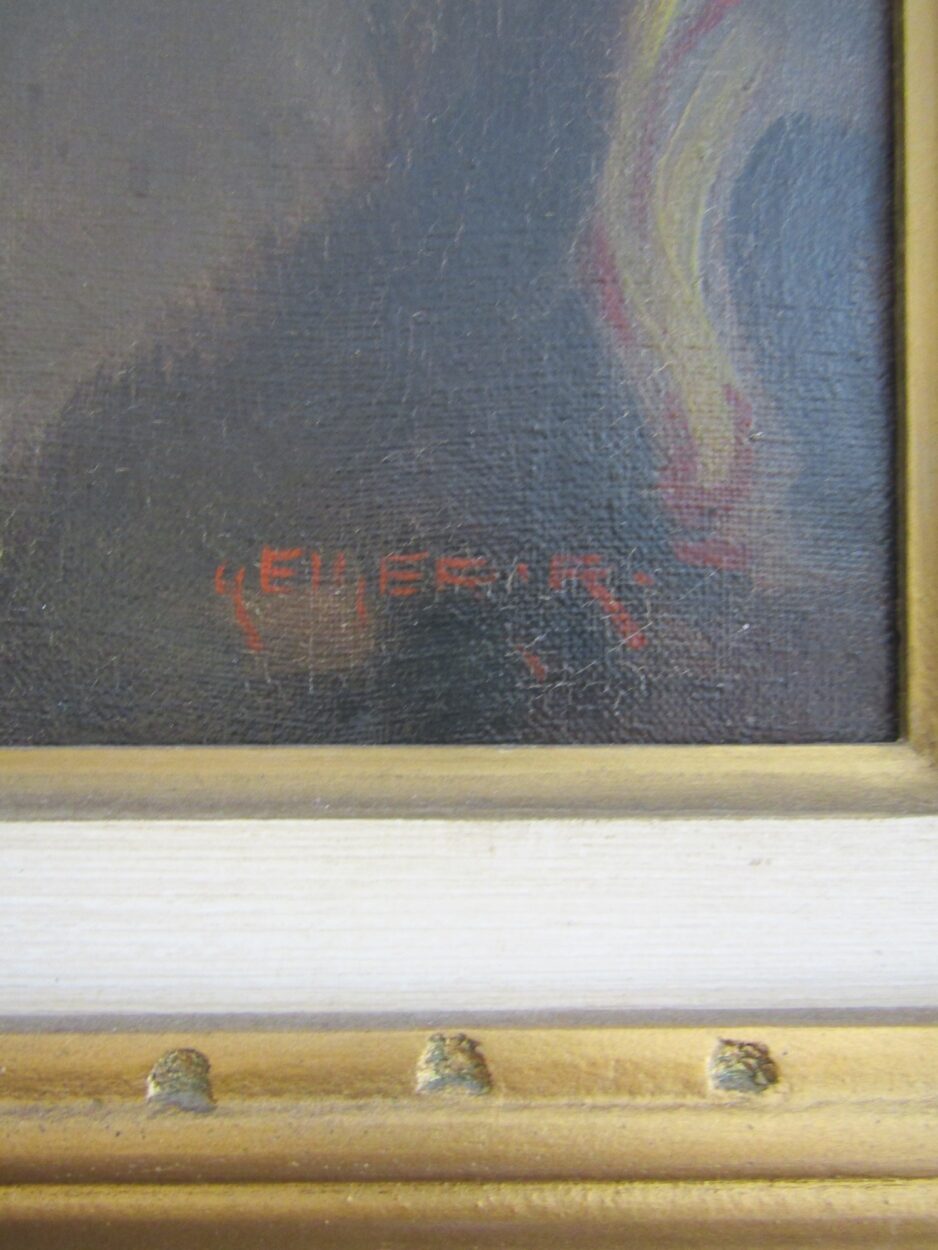 A playful and colourful oil on canvas of a very pretty Columbine seated and looking at herself with a hand held mirror.  2 male Harlequins look onwards, one from an open window and the other from behind – he holds a lute in his hand.

Richard Geiger was born in Vienna and studied at the Vienna Art Institute. He later studied at the Académie Julian in Paris.  In 1893 he moved to Budapest specializing in figure and genre paintings.  He became primarily known for his Carnivale paintings.